My friends… I sincerely apologize. I know that this post is super, super late. We’re totally behind schedule, especially when we had finally caught back up!! However, I can firmly say… the delays this time were NOT MY FAULT!! It’s all because of Ply, that lazy butt who refused to watch the episodes for like 2 weeks straight. 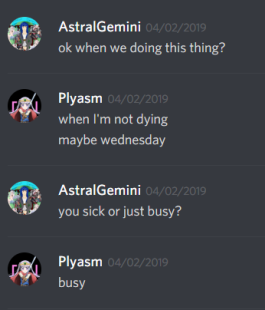 What a lazy bum he is. Oh well. At least to make up for it, the episodes for both our shows this week were pretty dang good, Dororo especially. But Shield Hero is now getting into some more of the good stuff, so it’s picking up steam again, which is wonderful. Honestly, even though my collab partner is a pain in the butt, i’m still enjoying this purely because these shows are so good.

Anyways, let’s get into the questions, yeah?

Le me, with saintlike patience

What are your general thoughts for this episode?

A good set of episodes, all told. I’m glad to see that the internet is reacting well to Glass, because she’s one of my favorite characters in the series (and yes, we’ll see more of her later.) The battle scenes, as always, look absolutely amazing, and most of all, we’re starting to get into another more intense part of the story, which is super exciting!!

Very nice climax, and the tension is back yet again with episode 12. Can’t wait for more! It’s about time we get a closure to the Kingdom Strifes arc. Yes, that’s right, the kingdom is in an inner turmoil, just in case you somehow still haven’t figured it out yet. Can’t waitttttttttttt!!!!!!!!!!! Mostly because of another thing that’s going to happen at the end of the arc that I wouldn’t reveal now.

BIG things are coming. I’m so, so excited!!!

Did the episode fit your expectations, and in which ways did it differ from it?(If it does)

Oh, I’ve been looking forward to this episode for a long time. And I have to say… i’m pretty pleased. Glass is just as powerful and mysterious as in the novels, and that’s just perfect.

Hell yea. Great job. Not much else to be said.

How does this episode compare to the source material? [Only for stuff seen/read before]

I’ll say it again and again, this is a very good adaptation. They’re doing a really great job bringing out the best of Shield Hero and showing us what the series is really about. I’m pleased.

Very nice. The fear of the heroes are captured nicely. The tension before the completion of the arc is also very well done. I hope you are all looking forward to episodes 13-14 after this.

The end of this arc is going to be sweet… oh, so sweet…

Which scene do you think other people would react to differently?

What would people react to differently… I dunno, to be honest. I’m just still kind of giddy seeing Glass animated and looking fine, honestly.

Hm. I…actually can’t think of any for this one this time.

Lazy butt. Learn some work ethic will ya?

Which character did you like the most this episode? Have they done anything in particular/changed?

Glass takes the cake this episode. Granted, I know a lot more about her than the typical viewer… but she’s a cool character. I really hope we get to see more out of her in the future!

Glass. Very cool, very dangerous and will probably kill you on sight. The perfect kind of villain/enemy to make you want to beat.

You’re just a manga reader right Ply? So you’ve only really scratched the surface of Glass… I really love her, she’s cool.

What’s the high point of the episode for you and why?

Definitely the combat. When the sakuga kicks in, along with that Kevin Penkin score… gosh, it’s a lovely combination. I’m just loving it so far.

Probably the end of ep 12. Very nice moment. Very nice callback to the first episode, and shows how much Naofumi has growth in terms of crisis aversion and knowledge.

Poor Melty, though. The girl deserves so much better.

What can be improved in this episode and why? (a.k.a low point)

Hmm… that’s kind of hard to say. I think my biggest complaint is that the CG in this show is sometimes very well-done, and sometimes looks kind of bad. I wish it could be more consistent, honestly.

At this point Malty just makes me sick….

You and me both, dude. And probably everyone else, too…

What situation/decision/action is the most relatable to you in this episode and why?

I think Naofumi was definitely in the right when he told off the king. When someone treats you so badly, then demands to know a secret from you, it’s only natural to feel offended and angry. So yeah, he was pretty justified in his anger.

Naofumi’s continuous anger towards the King. You get demanded to share “the secret” of being strong after you did all the hardwork, and not only that, the person demanding it is the same one that put you down for being weak before. What a piece of shit.

He is, quite literally, trash. If you know what I mean.

Pick a situation from this episode. If you were put in this situation, how would you have handled it?

During the battle with Glass, Naofumi prioritized protecting his teammates over everything else. I’d probably have done the same thing.

If I was Naofumi I honestly would have reconciled with Melty at this point, her persistence will make me drop my guard no matter how much I hate the rest of the royal family.

Well, I think Melty is an example of someone with genuinely good intentions being blinded to the truth. (As opposed to Motoyasu who’s just a dick anyways…)

I love the way they did the Waves. The way the sky changes color and swirls around is just gorgeous, makes it look very dangerous and mysterious. Very very cool. 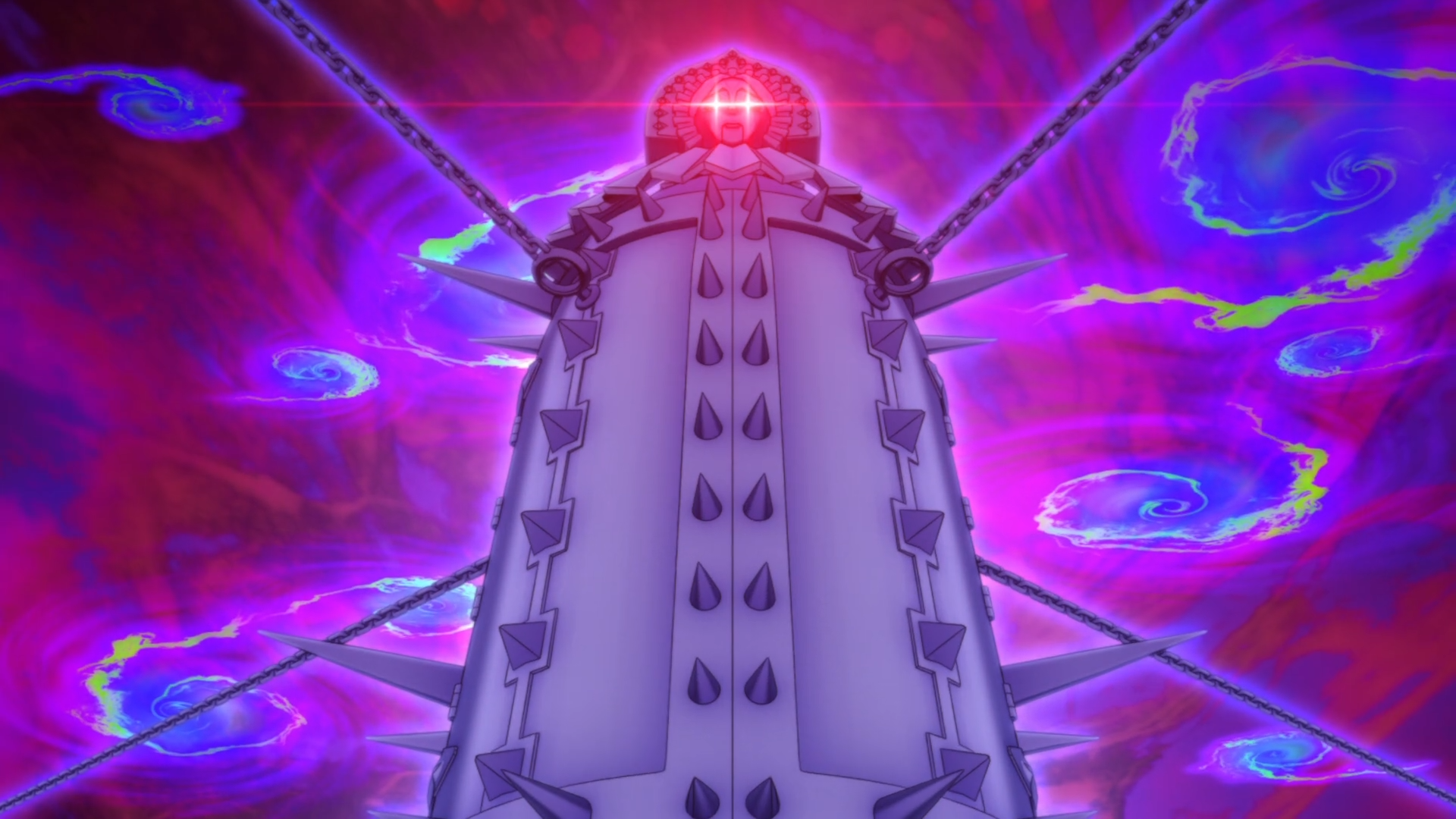 That’s all, folks!! Hopefully this series of episodes was worth the wait… I’m sorry for Ply, by the way. He needs to be better trained, i’ll work on that. Speaking of that dumbo, though, go check out our reviews of Dororo episodes 11 & 12 over on his blog. Great episodes, really helping to cement Dororo as probably my favorite show of the Winter 2019 season.

Anyways, thank you all so much for reading. Please let us know how we’re doing down in the comments, and also let us know how you guys are enjoying these shows!! You are all super awesome, i’ll see you all in the next post.