Wow guys, it’s already Week 10 of this collab. It’s been a fun experience to collaborate with the other lovely bloggers on this, and i’ll be sad to see it go. That being said, i’m starting to finally get caught back up to life in general, so hopefully my last 2 or 3 posts will once again be synchronized with everyone else.

As always, Yuru Camp this week was absolutely lovely. I don’t think i’ll ever get tired of this show, and might actually go back for a rewatch when i’m feeling depressed and down; it’s just a very nice feel-good show.

After falling asleep at the hot springs, Rin has to hurry to make it up to her campsite. Luckily, with Chiaki and Nadeshiko to guide her, she manages to make it up there without too much trouble. Of course, no Yuru Camp episode would be complete without some gorgeous nighttime shots, as well as some dashing comedy as Rin struggles to set up a tent in the wind.

Saitou has finally joined up with the Outclub, too, and with some encouragement from her, Rin finally assents to going on a campout with the rest of the girls, not just Nadeshiko.

Drunk teacher lady is back, too, and I TOTALLY called that she’d end up being the Outclub’s supervisor. I mean, it seemed pretty obvious to me at the time, but I guess nobody else managed to pick up on the hints? Whatever the case, that nice little detail managed to score me some points.

The show isn’t terribly deep, so there’s not a whole lot I can do for an analysis each episode, but that’s totally fine. The enjoyment of the show is in how simple it is, easy to take in and understand, and heartwarming all the way through.

Grancrest is the one show out of the trio where my feelings are constantly shifting. One episode, i’m hating it, the next i’m loving it, and then back and forth again. Last episode triggered me pretty hard, and reading back my previous post, I was pretty harsh on the show. Episode 10, however, was a great follow-up to the previous episode, though not without faults.

Not only has Milza defected to the Alliance, he killed his own father and all the nobles who supported him, taking control of Dartagnia for himself. The snake is now mounting an attack on Artuk itself, and try as they might, blowing holes in his ships and stuff, Milza refuses to just… die.

Marrine has gone totally coldhearted at this point, employing underhanded tactics, espionage, and supporting Milza with all her might. I guess that’s what happens when you sell your life for your ambitions.

Sadly, we didn’t really get to see much of Siluca and Theo this episode, either. I mean, there were a few scenes, but the majority was devoted to bloody, bloody battle scenes, mostly Milza cutting through people like butter. Not that that’s a bad thing, because the animation this episode was actually pretty good, unlike some of the previous episodes.

We also got a great new character! The goofy Shakespeare lord looks like a great addition to the cast, and I can’t wait to see more of… oh. He’s dead. Well, at least we have Villar’s two little brothers (were they even mentioned previously?) and Margaret is back in the story as well! All-in-all, the show is actually shaping up.

After the travesty that was Episode 9, I was expecting more of the same from Sanrio Boys this week. but that’s not what I got. Episode 10 wasn’t bad, honestly. it was just… kind of boring. It wasn’t painful to watch, but it was hard to focus on the Episode, and it was actually pretty hard to get through.

I think the main issue I had with Episode 10 was it was just so… dull. Most of the content was just the guys sitting around and chatting, which doesn’t exactly make for riveting content. The splashes of “drama that the episode gives us aren’t really enough to make up for that, either.

With the friendships growing stronger between the Sanrio Boys, Kouta continues to neglect his other friends, even when they offer to help out. With some hints of impending conflict (or at least, as close to that as this show ever comes), maybe next episode will be a bit more interesting?

Well, that was an interesting week anyways. Let’s keep up the momentum right to the end! By the way, if you enjoyed this, make sure to go check out Leap250, Irina, and TPAB‘s blogs if you haven’t already. They are awesome, and reading their viewpoints on each of the shows is super fun, even for me!

The scores are close, the shows are heading into the 4th quarter, and there’s still several weeks to go, meaning it’s anyone’s game!!! The suspense… the drama! Join us again next week to see what happens next! 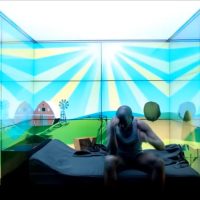